Marilyn Strickland, candidate for Congress in Washington’s 10th District, has released her second TV ad of the general election, called “Graduation Rate.” It highlights how Marilyn brought the community together as Mayor of Tacoma to help increase the high school graduation rate in Tacoma from 55 percent in 2010 to 89 percent in 2017.

“Graduation Rate” is running on broadcast and cable, and will air through Election Day.

“Marilyn has a record of proven leadership and bringing people together to address our biggest challenges,” said Andrew Orlebeke, Campaign Manager for Marilyn Strickland for Congress. “With ballots arriving across the South Sound this week, we will continue to communicate with voters about Marilyn’s record of accomplishment and her vision to help our region recover.” 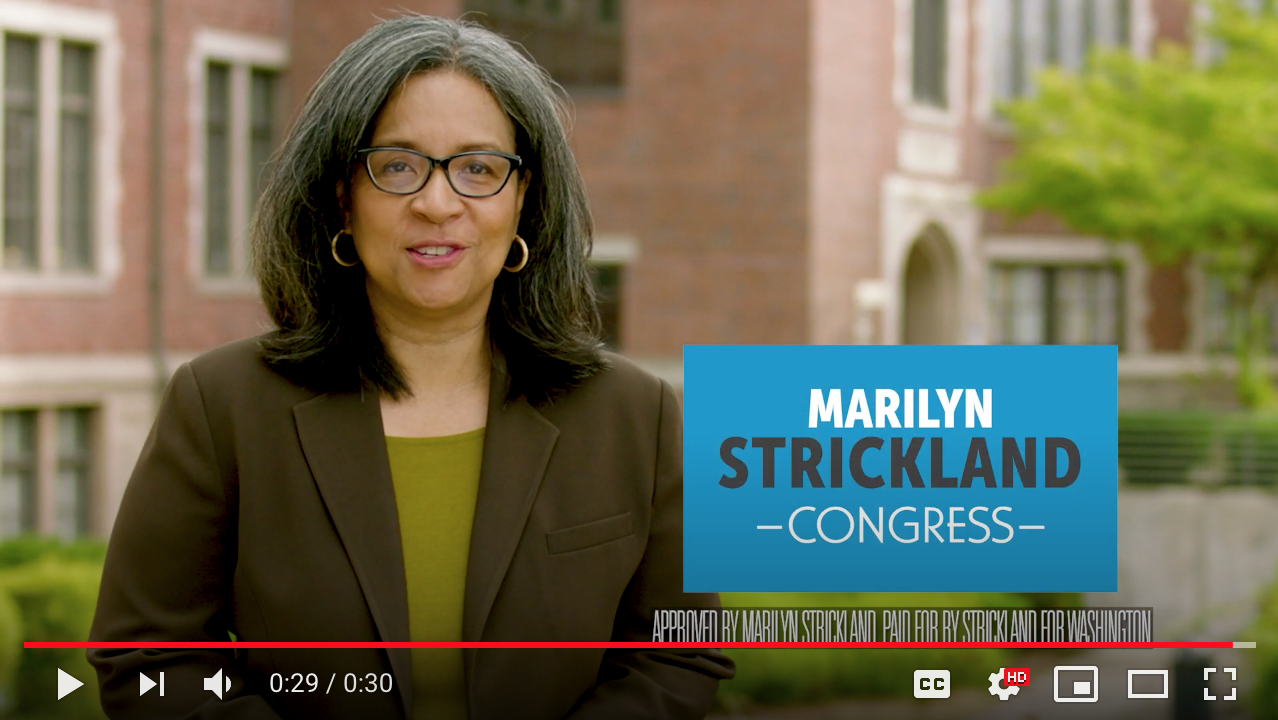 On September 29, Marilyn Strickland for Congress released its first ad of the general election, a 30-second ad called “Recover Better,” which focuses on Marilyn’s experience leading Tacoma out of the Great Recession as mayor and her commitment to working with both parties to help the South Sound economy recover.

If elected, Strickland will be the first African-American from the Pacific Northwest elected to Congress, and the first Korean-American woman to serve. Her first place finish in the August 4 primary election, and a general election survey of likely voters shows Marilyn with a strong lead and clear path to victory for November.

A full transcript of the ad follows:

Strickland: “When I became Mayor of Tacoma, our city was struggling. But the worst part: Only 55 percent of students were graduating high school.”

Student:  “…And inspired everyone.”

Strickland: “In Congress, I’ll fight for resources families and educators need to learn during the pandemic, because we’ll recover faster with better education and opportunities for everyone. I’m Marilyn Strickland, and I approve this message.”